Can a robot help to prevent cognitive decline in Alzheimer's and other dementias? 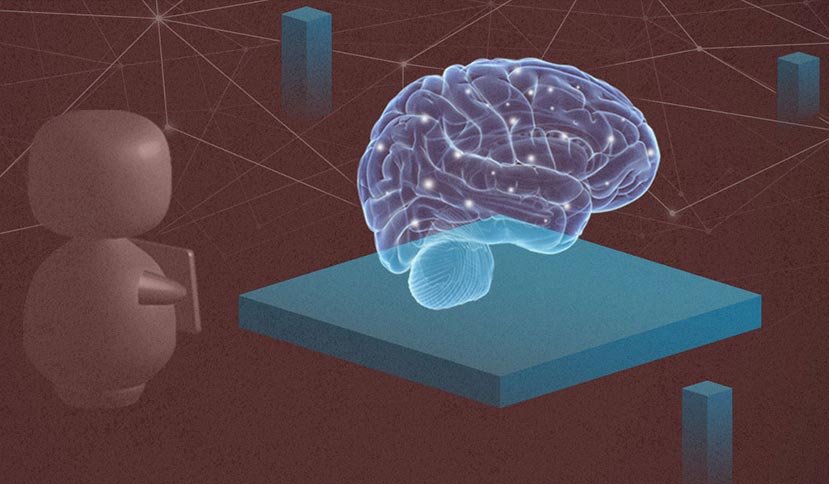 CARLSBAD, CA– Advanced Brain Monitoring Inc. (ABM), a neuro-diagnostic device company specializing in the acquisition and analysis of brain activity (EEG) during wake and sleep, announced the award of a new grant from the National Institute on Aging (NIA) at the National Institute of Health (NIH) to evaluate socially assistive robot (SAR) interventions to mitigate cognitive decline associated with aging and dementia.

This project, designed to address the growing unmet need for alternative approaches to mitigating cognitive decline, introduces a robot companion that will interact and motivate patients in order to reinforce therapeutic behavior. “We are excited about bringing ABM’s expertise in the development and application of early stage dementia biomarkers and knowledge of human-machine interfaces into this novel approach,” said Chris Berka, Chief Executive Office and Principal Investigator for the project.

The project team also includes the University of Southern California and Catalia Health. The SAR intervention will incorporate the expertise of Dr. Maja Mataric, USC Professor of Computer Science, Neuroscience, and Pediatrics, Dr. Cory Kidd, CEO and founder of Catalia Health in combination with ABM’s implementation of real-time neuro-sensing and dementia biomarkers. The team will deploy Catalia Health’s “Mabu” robot to interact with participants in their homes to influence the development of healthy habits targeted at slowing the progression of cognitive decline in healthy elderly and Mild Cognitive Impairment (MCI) patients.

This project builds on the progress of another ABM-led NIA grant, Integrated Neurocognitive and Sleep-Behavior Profiler for the Endophenotypic Classification of Dementia Subtypes (INSPECDS) that leverages EEG-biomarkers developed to map the trajectory of MCI, Alzheimer’s, Parkinson’s, and Lewy Body dementias, with characterization in the earliest detectable stages of the pathophysiological processes. “This project extends ABM’s technology platform intended for neurology and psychiatry and deployed in clinical trials worldwide to evaluate new treatments for neurodegeneration,” Berka commented, “We foresee the potential for the robot intervention to be used alone or in combination with other treatments for dementia.”

Advanced Brain Monitoring (ABM) is a neuro-diagnostics device company internationally recognized for its innovative technologies. ABM specializes in the acquisition and analysis of EEG during wake and sleep; the company’s products are used by clinicians, researchers, and in clinical trials to interpret brain and physiological function as they relate to early stage neuro-degeneration and chronic diseases, and to improve sleep quality and enhance performance. Additionally, ABM’s mobile EEG and cognitive state software are used in a wide range of neuroscience research applications such as Team NeuroDynamics, consumer neuroscience, and accelerated learning.

About Chris Berka, CEO and Co-Founder of Advanced Brain Monitoring

Chris Berka, CEO/Co-Founder of Advanced Brain Monitoring has over 30 years of experience managing clinical research and developing and commercializing new technologies. She is the co-inventor of nine patented and 11 patent-pending technologies, and is the Principal Investigator or Co-Investigator for grants & contracts awarded by the NIH, DARPA, ONR and NSF that provided more than $22 million of research funds to ABM. She published over 100 papers and book chapters covering EEG correlates of cognition in healthy subjects and patients with sleep and neurological disorders.

Dr. Mataric received her PhD at MIT and is a Fellow of the AAAS and IEEE, and recipient of: the Presidential Award for Excellence in Science, Mathematics & Engineering Mentoring, the Anita Borg Institute Women of Vision Award for Innovation, NSF Career Award, and the MIT TR35 Innovation Award. She is a founder of the field of SAR and has, over the past 17 years, developed and evaluated SAR systems with AD patients, healthy elderly, and other populations across the age and health spectrum. Her work has demonstrated SAR effectiveness in promoting seated exercises for the elderly, coaching stroke rehabilitation activities, encouraging exercises in overweight youth, engaging in cognitive games for AD patients, and social skill training for children with autism spectrum disorders. She is also founder and CSO of Embodied, Inc.

Catalia Health is a San Francisco-based patient care management company founded by Cory Kidd, Ph.D in 2014. Catalia Health provides an effective and scalable patient engagement platform for individuals managing chronic disease or taking medications on an ongoing basis. The company’s AI-powered robot, Mabu, enables healthcare providers and pharmaceutical companies to better support patients living with chronic illness. Patients can interact with Mabu via voice and screen, making her simple for anyone to use. Catalia Health’s care management programs are tailored to increase medication adherence, improve symptom management and reduce the likelihood that a patient is readmitted to the hospital after being discharged.