Head Position During Sleep Has Potential Implications for Neurodegenerative Disease 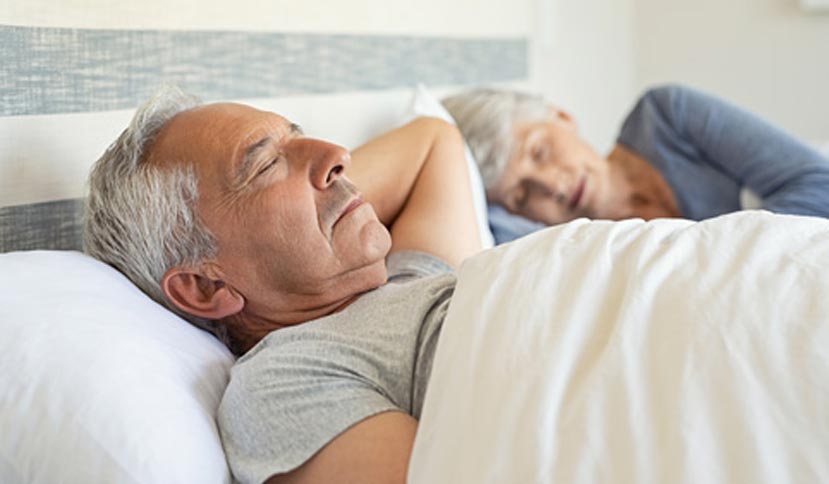 CARLSBAD, Calif.–(BUSINESS WIRE)–Could sleeping on your back increase your brain’s risk of developing neurodegenerative disease?  That possibility is revealed in a new study published in the Journal of Alzheimer’s Disease.

“We compared the in-home sleep patterns of patients with memory impairment resulting from neurodegenerative diseases to a large group of elderly with normal cognition,” stated Daniel J. Levendowski, the study’s first author and President of Advanced Brain Monitoring.  “Sleeping more than 2 hours with one’s head lying face upward (i.e., supine) was a significant nocturnal marker that characterized those with memory impairment, after controlling for factors such as age, sex, snoring, obstructive sleep apnea, and movements during the night.”

These results corroborate in humans a finding observed in rats by researchers at Stony Brook University and published in the Journal of Neuroscience.  Using dynamic contrast MRI, they found that the clearance of neurotoxic proteins from the brain by glymphatic transport was less efficient when the rats’ heads were in the supine sleep position.  “Our results clearly support their conclusions,” added Dr. Philip R. Westbrook, Chief Medical Officer of Advanced Brain Monitoring.  “We also suggest how the interaction between supine sleep and the natural changes that come with age could impact the clearance of β-amyloid, tau, alpha-synuclein, and other neurotoxins from the brain during sleep.”

Because imaging of the glymphatic system in humans is not yet possible, additional research is needed to establish a causal relationship between neurodegenerative disease and supine sleep. “The strength of the association, however, points to a potentially modifiable risk factor for neurodegenerative disease, similar to diet and exercise,” suggested Dr. Charlene Gamaldo, a co-author and Associate Professor of Neurology at Johns Hopkins University School of Medicine.

The study results were obtained as part of a $2.5 million multi-site longitudinal study funded by the National Institute of Aging and awarded to Advanced Brain Monitoring.  The aim of this ongoing research is to characterize the brain’s function during wake and sleep to provide early identification and differentiation between mild cognitive impairment, Alzheimer’s, Parkinson’s, and other dementias.  “This is one of many neurodegenerative disease markers we’ve identified to predict the likelihood of a dementia subtype, quantifying the progression of the disease, and evaluating efficacy of new treatments,” said Chris Berka, principal investigator for the project and the Company’s CEO.

Advanced Brain Monitoring, Inc. is a privately-held neuro-diagnostics device company, specializing in the acquisition and analysis of EEG during wake and sleep.  The Company’s products are used in clinical trials and in clinical practice to interpret brain function as it relates to early stage neurodegeneration and chronic diseases, and to improve sleep quality and enhance performance.  Since 2013, the Company has been awarded 15 patents which includes seven FDA-cleared and CE-marked products.  From its inception in 1999, the Company has been awarded over $35 million in government R&D funding.