Products
SERVICES
Applications
ABOUT Us 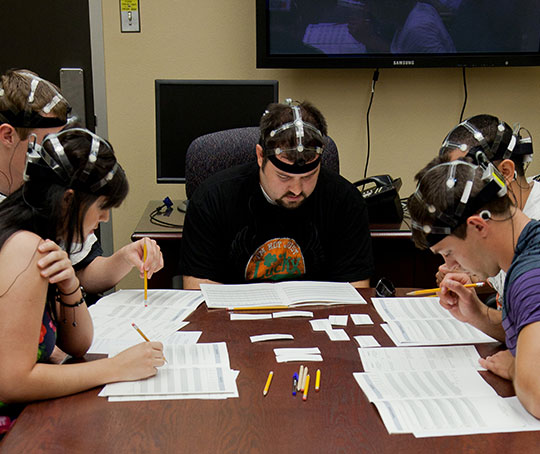 The Team Neurodynamics platform provides biometric measures that reveal the underlying reasons as to why teams, groups, or individuals within them perform the way they do. The synchronization of up to six B-Alert mobile EEG systems delivers quantitative, real-time and objective psychophysiological metrics for understanding social interactions and team metacognitve states.

Team Neurodyanmics has recently been applied to predict the development of emergent leadership and assess the efficacy of player/coach relationships. 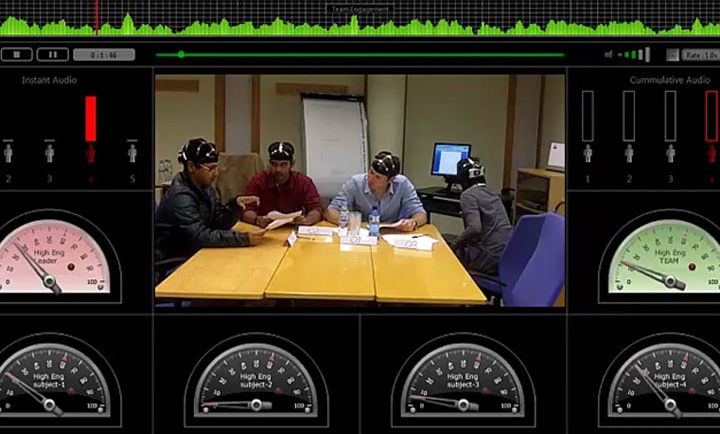 Emergent Leadership and Team Engagement: An Application of Neuroscience Technology and Methods

Members were also assessed neurologically using electroencephalogram technology to determine their level of engagement during the team process. Our findings show that when individuals are highly engaged, there is a tendency for teammates to view them as leaders, rather than non-leaders.Further, emergent leadership is associated with a higher level of team-level engagement, measured neurologically,on the part of teammates when leaders are speaking. Conversely,less team-level engagement occurs when non-leaders speak. Our findings have implications not only for the engagement literature, but also for increasing organizational research that is attempting to incorporate neuroscience technology and methods.

Although the topic of employee engagement has gained increasing attention, little is known about engagement in team settings. In the current study, we examined individual engagement, emergent leadership, and team-level engagement in 31 teams of MBA students who attempted to solve a case problem dealing with corporate social responsibility. A feature of this study is the use of diverse methodologies to measure our key constructs. Individual engagement was measured psychometrically through self-ratings. Then for each team, an emergent leader and non-leader were identified based on ratings (primarily in terms of transformational leadership) from fellow teammates.

On the Road to Autonomy: Evaluating and Optimizing Hybrid Team Dynamics
Berka, C., & Stikic, M. (2017). In Autonomy and Artificial Intelligence: A Threat or Savior? pp. 245–262.
Get in touch
Contact Us